These images were  taken last month and forwarded by Bill Whitehead. 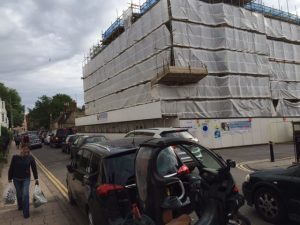 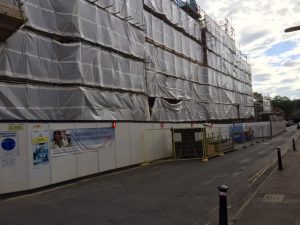 It is with great sadness that we report the death of Dr Chris Wilkes from a  heart attack on Friday 18 March. He had worked at Ruskin during  three decades, initially as general secretary and more recently as principal. A historian by initial qualification at the University of Reading he was always supportive of initiatives to preserve the heritage of Ruskin and to support history within the college. On taking up the post of principal he attempted to return the college to its former political direction emphasising trade union and labour movement links and equality and moving away from the rhetoric of “disadvantage”. Many will remember his supportive actions and behind -the – scenes work even in stressful times. He will be much missed.

His funeral takes place on Tuesday 19 April at 2pm at St Mary’s Church in Cheshunt, Hertfordshire  EN8 9PB followed by burial at Cheshunt cemetery.  A celebration of Chris’s life is being planned for a future date by the College.

Readers may be interested to see these images recently taken by former student Bill Whitehead of the Ruskin College site in Walton Street. Not only have all the 1960s buildings been destroyed but also the early twentieth century building. Only the facade on Walton Street and Worcester Place remain. 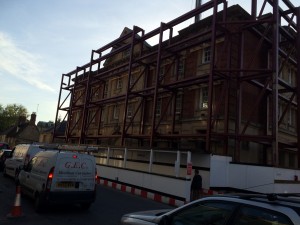 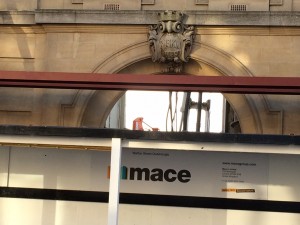 Name remaining above the college door 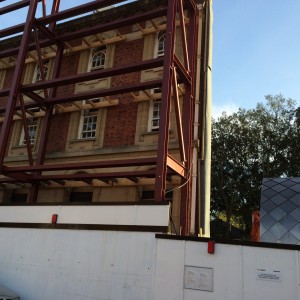 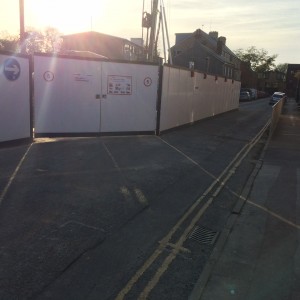 Following on from the recent addition of some entries on Conscientious Objectors who had been Ruskin students Cyril Pearce has written:

‘In a new initiative in the study of the impact of the First World War on Britain, in the autumn of 2014, the Imperial War Museum will be publishing on-line a unique source for the history of Britain’s Conscientious Objectors. The Pearce Register of British WW1 Conscientious Objectors will appear as part of its ‘Lives of the First World War’ digital platform. It contains more than 17,000 entries, bringing together, for the first time, data from a wide range of different sources. It is incomplete and contains numerous errors of duplication and transcription. Consequently, it is looking to users to add new data and suggest corrections so that over the next few years the Register will become even more extensive and accurate. Marking the CO contribution to British history has been neglected for too long. The Pearce Register offers a chance to make amends – an opportunity which may appeal to the New Ruskin Archive and its users.’

We will provide links once the CO website is launched.More information on the COs already listed would be most appreciated.

If you are a descendant or know of these former students from your local research please do consider writing their database entry. Download a form or sign up as a contributor.

Congratulations to Dr Chris Wilkes, who has been announced as the new principal for Ruskin College. Click here for more details.

H.D. (“Billy)” Hughes – an Appreciation
Billy Hughes was Ruskin College Principal from 1950 to 1979. He, and the Vice-Principal, Henry Smith interviewed me for a place on the OU Diploma course in Economics and Political Science in the Spring of 1962. I was offered the place and began my course in October of that year. I had taken the Ruskin correspondence course in Advanced Economics via my union, the CAWU. The tutor (who was in fact Henry Smith, although I did not know that at the time of writing essays for the course) suggested that I might apply for a full-time course.
The College had set the entry requirements on an essay and an interview. For the essay, a list of questions included one on the lines of “Stagnant Affluence” – is this an accurate description of Britain today, and if not, how would you describe it.” I chose Galbraith’s The Affluent Society as a starting point. The interview was friendly, but searching. Billy Hughes wrote to offer the place, but wanted to know how my studies would be financed. I did not know of the TU scholarships at the time. My local authority, Doncaster, chose not to make a grant, as such grants were not mandatory. I had a tax refund, did vacation work, and Pauline, my wife, found a job in Oxford. We had married ten days or so before the course started. At the end of the First Year, Billy Hughes offered a TUC Appeal Fund scholarship, with the suggestion that he would write to the local authority and recommend a grant on academic grounds. If successful, perhaps I would allow the Appeal Fund Scholarship to go to someone else, which it did, as the local authority agreed.
Billy Hughes was an active fund raiser for the College. Around that time persuaded the then Federation of British Industry to match the TUC’s annual grant to the College. He was also influential in persuading the government of the day to make local authority grants mandatory for students accepted on degree courses. The College, of course, retained it strong links with the trade unions, and I believe that in the 1960s academics did help to create the widespread acceptance that sound collective bargaining could make a major contribution to industrial peace and prosperity. It was also widely, though not universally, accepted by large businesses. Much skill at designing effective pay systems and structures was developed around then, though largely ignored in recent decades.
Billy Hughes was an effective and interesting lecturer, and his descriptions and analysis of constitutional and political matters remain with me. The atmosphere created by Billy and the rest of the staff, tutorial and administrative was supportive, while providing and expecting scholarship at a high level. However, life at Ruskin was more than one of earnest endeavour. For example, Billy’s take on the Twelve Days of Christmas at the end-of-term concert was topical, and a class act. I remember one of the items being “Scrap Concorde” (relating to a then current proposal, and “7 per cent bank rate”, which was (part) of a variety of attempts at countercyclical policy. Times have moved on, but it is difficult not to conclude that understanding gained then has also been lost.
Billy Hughes was a great man. I met him again a few years after graduating from Keble College. Billy was still Principal of Ruskin, but was supporting a WEA weekend course for tutor-organisers at Leeds.

Just added is a new entry from one of the first students to have taken Women’s Studies at Ruskin in 1993, Marie Thompson.

Many notable women have been ‘graduates’ of Ruskin: not least Annie Kenney, leading member of the WSPU, who was a correspondence course student.

Women were not admitted as residential students until after the 1914 -18 war. One of the first was ‘Miss Lister’ about whom future Coventry Labour councillor (and fellow student), George Hodgkinson, would declare in his letters:

‘ Marx’s treatises on Capital in three volumes are terrible reading but I understand that Miss Lister has read them. She is a full blown Bolshie and advertises the fact too by wearing a blood red knitted sports coat.’*

We know nothing of Miss Lister –  can you help and provide some information to start her database entry?

The Certhe and MA in Women’s Studies, developed by Jane Thompson, were ground-breaking in the College.  Students wrote some fascinating dissertations often rooted in their life experiences. If you were a student in the 1990s on these courses we would love to have your entry.

The History@Work website – a multi-authored blog sponsored by the American based National Council on Public History as a digital meeting place for all those interested in the practice and study of public history – has just included an article by Hilda Kean on newruskinarchives.

The NCPH was especially helpful in spreading the word about the loss of the student archives last year.We thank them for their continued interest.

We have been contacted by an Oxford based firm, podcats,(sic) that has been commissioned by the BBC to produce a number of features for BBC Radio Oxford as part of a countrywide project to mark the centenary of The Great War.

One of the features concerns Belgian refugees who were brought to Oxford and housed at St John’s and Ruskin College.  The company is looking for further information. If you can help please contact Deborah Kelly direct: deborah[AT]podcats[DOT]co[DOT]uk