Trade Union membership (at time of entry to Ruskin) NUM

Family: 1981 married to June, they had two children Andrew and Sally and later seven grandchildren

Photographs, order of service, eulogy and obituary by Ged Nichols (fellow Accord trade unionist), book of condolences, video of celebration of his life at TUC Congress House on 7th July 2011 and document with photos and list of achievements “A life in pictures”

Mention of death of Clive Webster in Labour Research June 2011 under “union news”. 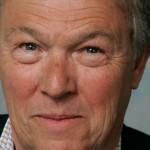